Pupils look beyond the borders 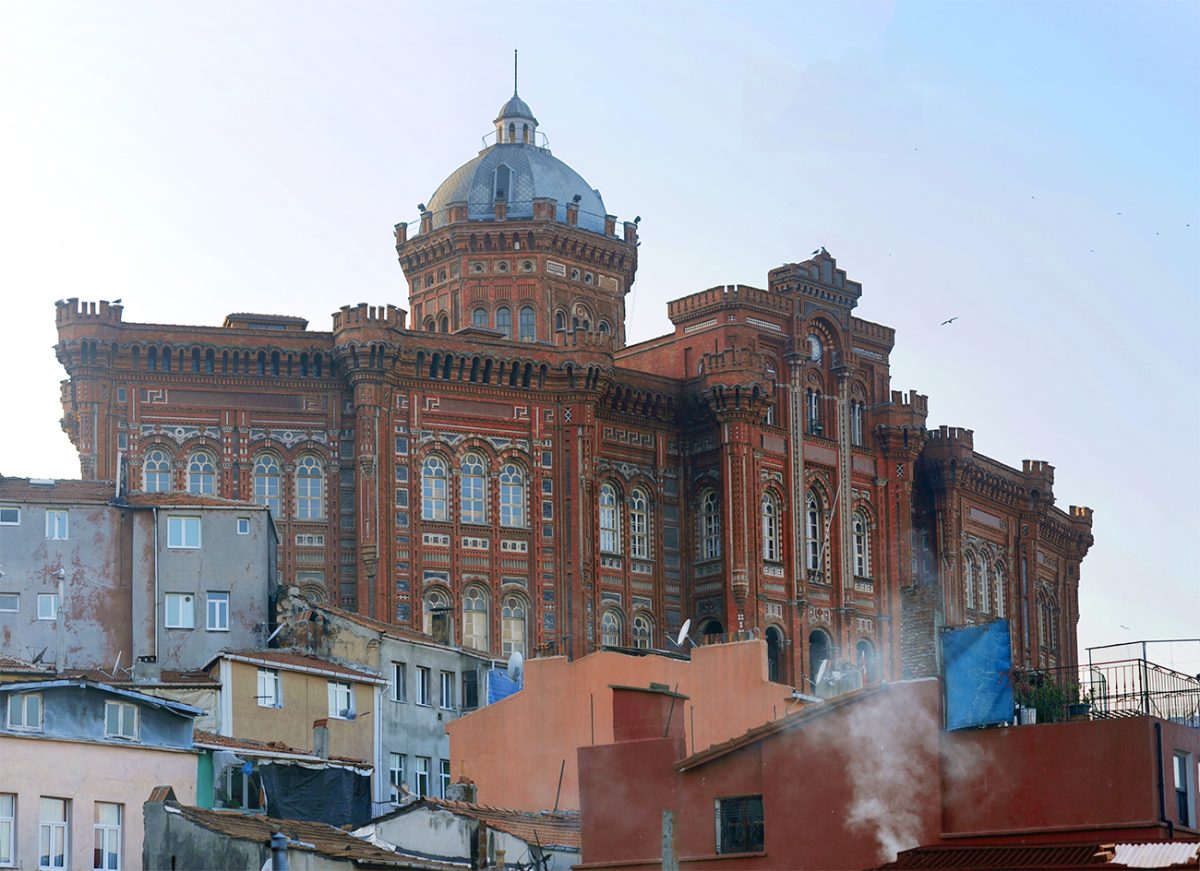 The Greek Gymnasium school Fener stands on a hill in the Fener district in Istanbul. It was founded in 1454 and built according to a design by the Ottoman-Greek architect Konstantinos Dimadis from 1881 to 1883. It is also known by the local population as ‘Red School’. For a long time it was a highly prominent school of many Greek and Bulgarian families, until a large part of the Greek population was expelled from Turkey in 1923. (http://www.linkfang.de/wiki/Griechisches_Gymnasium_Fener)

GLASPALÄSTE is placed in front of the Neues Rathaus (New Town Hall) in Wittenberg, a red brick building built in the historicist style. The connection between the New Town Hall and a high school in Istanbul comes in the appearance of the two buildings, as visually they are both very similar. They offer a fine example of possible connections (and thus the transgression of a border) between countries, cultures, religions and also functions. The educational institution is a Greek Orthodox school, which represents a religious minority in the middle of an Islamic country. Two weeks before the referendum in Turkey on 16 April, the school is primarily present at GLASPALÄSTE with its building. The positive talks with the school management and a contact person from the student body from the Istanbul school regarding a design for the glass palaces, which started in February, have been interrupted for the time being.

While our dialogue has reached its border, we look at the tower-like telescope of the school building, which looks up to the sky above the hill in the district of Fener, the centre of Istanbul. A telescope on a school! This draws our attention to the memory of a 13-year-old boy in Gaza, who built a telescope to look beyond the border of his city and country to the borderless starry sky. Inspired by his mentor, the astrophysicist Suleiman Baraka, the student Mohamed Tajeb built a telescope from the materials available to him (Gaza: Stars against War, ARTE Report, October 15, 2016).

Thus, we not only encounter the limits of this school building, pointing westwards with its design sharing similarities with the similarly constructed New Town Hall in Wittenberg, but the telescope tower on the building also gives us a view eastwards as far as Gaza.

How can we overcome the borders that hinder our dialogue with the students from Istanbul?

Students from the Ottobrunn high school in the south of Germany are developing two approaches that will allow them to make new contacts with the Istanbul pupils. In Catholic religious education, they drafted a 10 page mindmap, dealing with the issue of ‘borders’. Equipped with these materials we travel to the Istanbul school again and hope to discuss with the students there on the subject of ‘borders’ too. A second group of students from Ottobrunn is building a telescope during their physics lesson, which will be exhibited at the glass palace, in order to look beyond the borders.

All formulated thoughts, ideas and answers on the subject of borders from the Istanbul and Ottobrunn schools are installed in the cube. Participatory actions with residents from Wittenberg are planned around the question …

‘Which borders can you see beyond with the telescope?’ 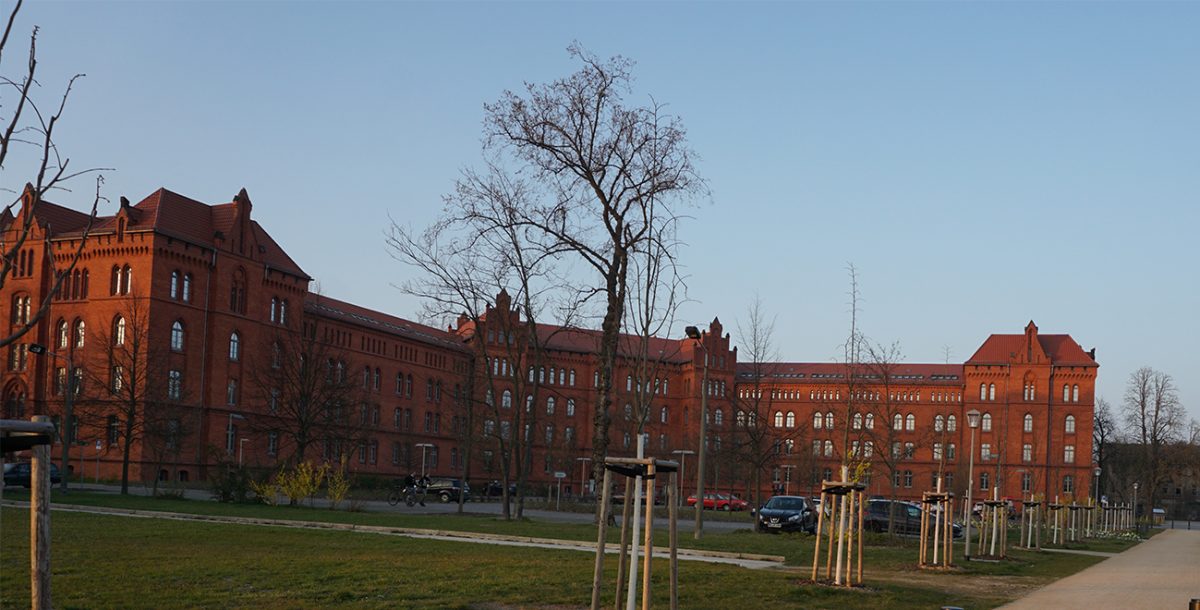 The Neues Rathaus – built as a barracks in 1880 – is dominated by the neo-gothic brick style of Wilhelminism. The New Town Hall was also referred to as ‘Red School’ because rooms were made available as an educational facility for family members of the stationed soldiers of the Red Army after the occupation of East Germany. (https://lukaskiepe.de/stadtrundgang/luwinord/neues-rathaus/)