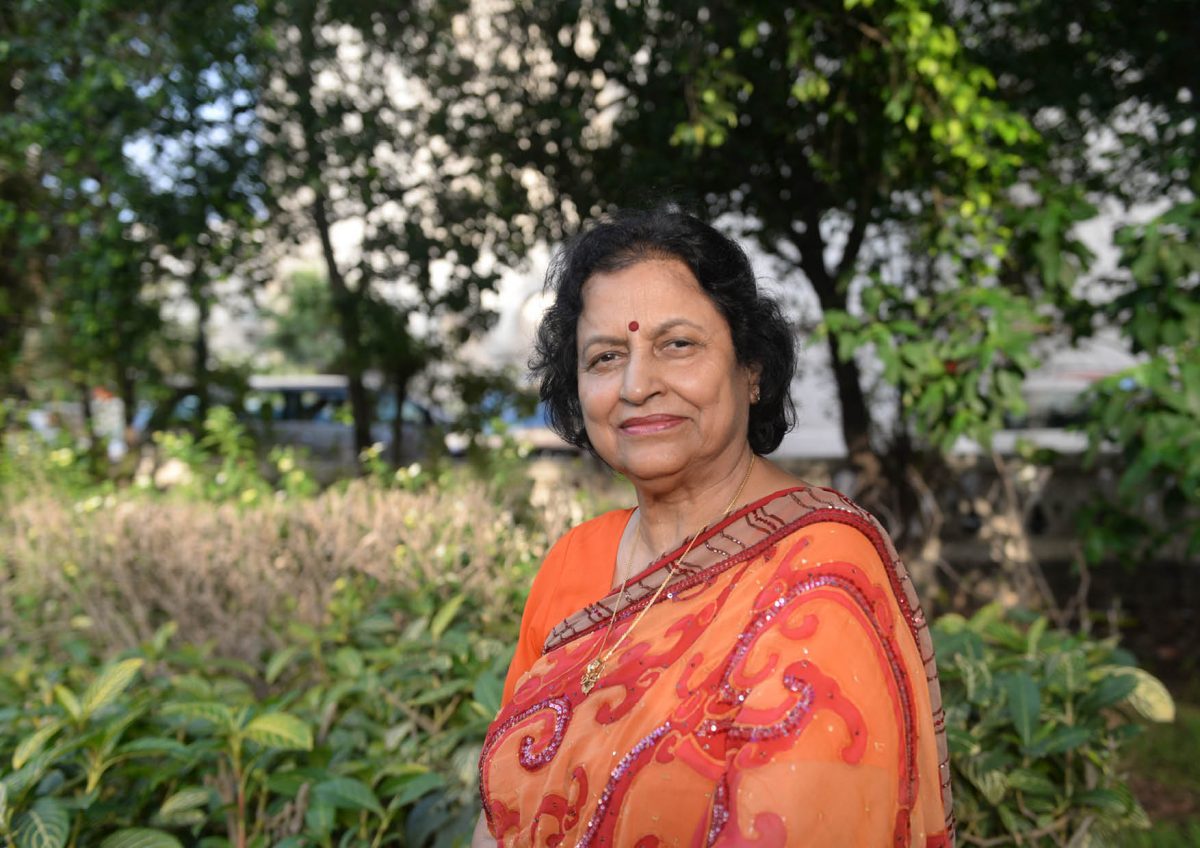 I caught up with Urvashi Saxena on the eve of her 72nd birthday. I have known Urvashi for all of my life as my father’s colleague and a dear family friend. Over the years, I have been enthralled by her narration of stories of adventures as a woman government senior official. Her stories range from the length and breadth of this country. From interactions with people from tiny villages to some of the most wealthy and powerful people in our country, Urvashi’s stories are filled with humble wonderment.

I chatted with Urvashi about her sarees throughout her career, with stories from her young teenage years to her current favorites.

I’m going to be 72 years old in two days

By religion I am a Hindu.

What are your earliest memories wearing a saree?

My earliest memory was wearing a saree for a wedding, a cousin’s wedding. I wanted to look all grown up so I asked for my mother’s Benarasi saree but I could not take it. I had to take my sister’s help. I must have been around 15 or 16 years old. I thought I looked very nice in that Benarasi saree which was my grandmother’s saree in fact. It was an heirloom.

Do you remember the colour?

It was a pink- rani pink as they call it with gold work on it. I still remember that.

How often do you wear a saree?

Well, I have been wearing a saree all my adult life I would say. But, yes lately, the last couple of years I don’t wear it so often. I don’t go to work anymore; at home I am more relaxed in a salwar kameez or trouser and t-shirt. But I still wear a saree for formal occasions, which means at least twice a week.

Why did you have to wear a saree for work?

Well yes that is a good question. Because it signified a certain amount of sobriety, the kind of milieu we were placed in it looked more formal and more officious.

You never wore a pant suit to work?

No, no ways. I started working around 50 years ago, 1968. That was the time women did not wear pant suits in my part of the country. People mostly wore salwar kameez or sarees but mostly sarees. It was the formal attire for the workplace. I being the only lady, at the time, in Kanpur where I was posted, I really wanted to feel that I was grown up and important and be taken seriously. I think it added more gravitas.

Will you tell us a little bit about your work?

Well, I was working with the Government of India. I was an Income Tax Officer. I was involved in the collection of taxes and I retired as a chief commissioner of Income Tax in Mumbai. I had to deal with various sections of the society and various strata so I thought the saree would be a very decent and sober kind of a dress in my work milieu.

Have you conducted a raid in a saree?

Yes I have. Definitely. We don’t do physical work as such. Mostly in a raid, I was just sitting around and looking at the documents and the books. The saree was never a hindrance.

For work what sort of sarees would you pick?

Mostly in the north where I was mostly, or even in Bombay where I spent the later part of my career, its fairly hot. So in summers it was mostly cottons, crisp cottons with lot of kalaf, which means starched sarees. And in winters it was mostly silks and crepe de chine’s. I prefer the handlooms most though. 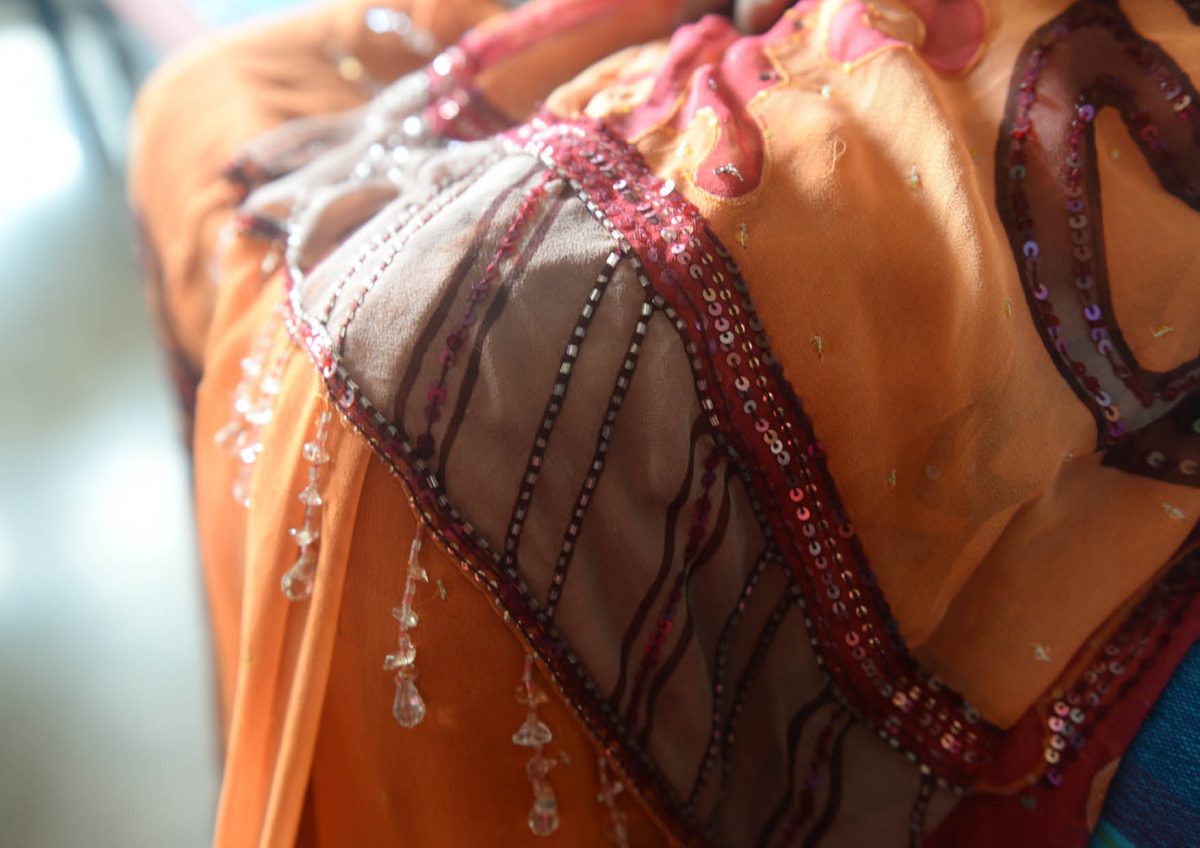 So what kind of handlooms do you gravitate towards?

All kinds of handlooms. It is a statement. I want to preserve the ancient culture of the land, the weavers, I have seen the plight of the weavers. How they make a saree, especially in Benares and other places, I have visited the handlooms. So I feel that if we don’t propagate this saree culture, these people will be out of work, out of jobs, their families are going to suffer. We will lose a great craft and tradition, in the form of saree making. It is a very elaborate process. I prefer the ethnic kind of handlooms. In Lucknow, I prefer the chikan saree. I would prefer a Baluchari. Chikan is a kind of local embroidery, but Baluchari and Patola are weaves. You can get it from Bengal, Andhra, Gujarat, as well as Orissa.

Do you also have an Assam weave?

I certainly do. I have a Baluchari, a Bengal weave, a Tanter saree. There will be sarees from Andhra, Gadwal and Uphara, Maheshwaris, Mangalgiri’s etc in my closet

Do you feel there is a decline in wearing sarees. How are you adapting or countering that?

Well yes, certainly. There has been a decline in wearing sarees. More so in the big cities I would say. Or even in small towns, because gradually people find a salwar kameez or a pantsuit, or a palazzo more comfortable. Even in Government offices, by and large the younger people are not wearing a saree on a day-to-day basis. Like we always wore a saree everyday. But still for formal occasions, the saree is a must. So the saree will not entirely go out of date or out of circulation. The use is definitely much less compared to earlier years. I feel, we should preserve the saree, because more than anything it is a socio – cultural statement. It encompasses in its various weaves the rich history and tradition of our land.

Tell me about the saree you are wearing today.

The saree that I am wearing right now is a crepe georgette. It’s a contemporary saree. It has pretty shiny sequins thesis called salma sitara – moon and stars. There are tassels. It is embroidered in certain parts. It is a shades of orange and rust. It is basically printed on, so it looks like a patch but its not. I do not have accessorize, I am wearing a watch and a Ganesh (god) pendant. 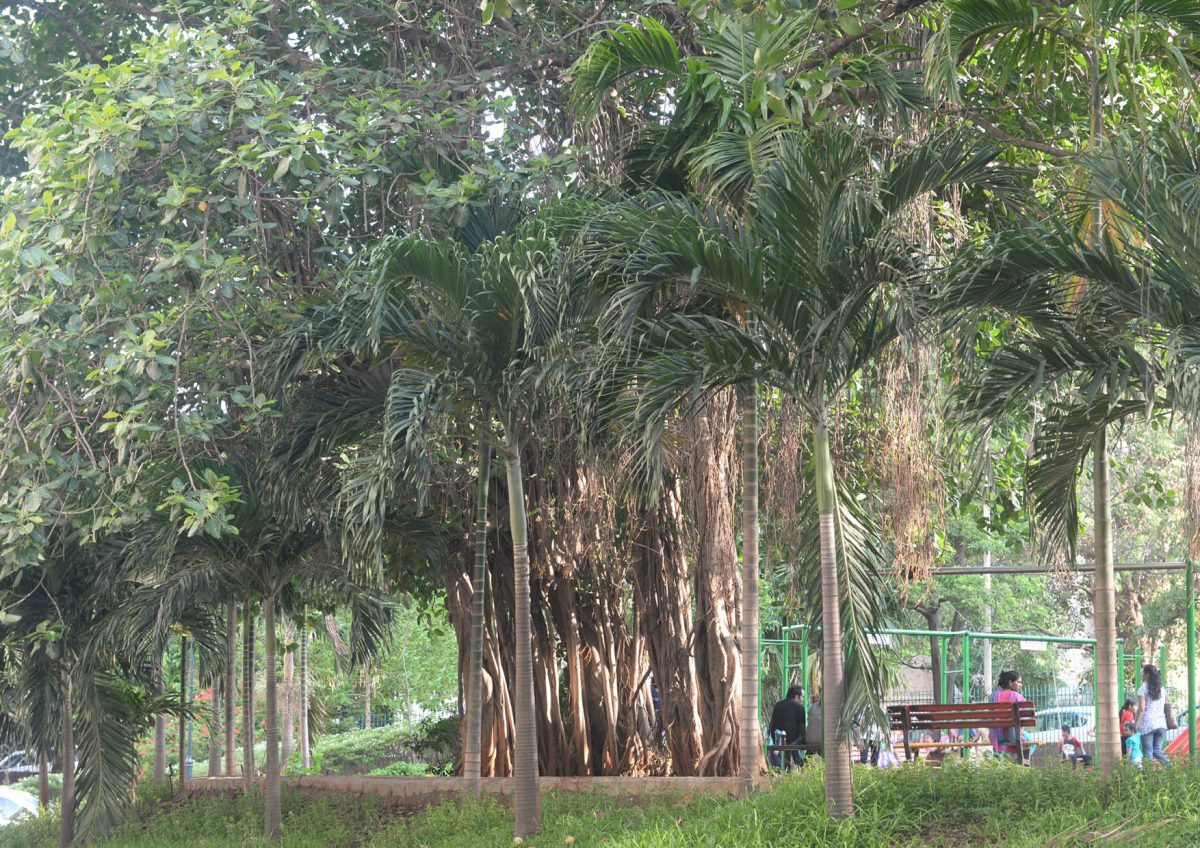 My background and education is in interior architecture with interdisciplinary approach. I have a Master in Fine Arts from the School of the Art Institute of Chicago and a Bachelor in Interior Design from CEPT, Ahmedabad. I have worked in places like Chicago and New York for several years as a design educator before moving back to Mumbai. Here along with interior architecture, I have worked extensively in the fields of branding design and strategy, advertising, retail point-of-sale activation and experience design for real estate. Currently, I am working as an experience designer at Godrej Properties Ltd.. My role specifically is to design the entire life style propositions of our various properties across India.

Martina Spies holds a PhD in architecture, is a builder and activist. In 2013 she and her father founded the organization Anukruti, which builds playgrounds on vacant urban sites within slums in the megacity Mumbai. She has gained experience in international offices such as Shigeru Ban in Japan, COSTFORD, B.V. Doshi and Hasmukh Patel in India. Between 2013 and 2016, she worked as a research manager for the project Ground Up – A Dwellers‘ Focused Design Tool for Upgrading Living Space’ in Dharavi, Mumbai in one of the highest density and largest informal settlements in the world. At Studio X Mumbai, Martina Spies, in cooperation with Columbia University, was the successful curator of two international exhibitions called Dharavi: Places and Identities and Mumbai – which bring the four neighbourhoods in the slum in the middle of Megacity Mumbai alive and Let‘s play! Children as Creators of Informal Playspaces, which showcased the culture of playing in India for the first time.